Yes, Virginia, there were spec sales in 2009 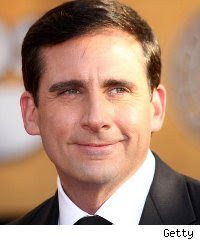 Just in time for Christmas, Warner Bros. dug deep and ignored their own self-imposed spec buying hiatus to pick up an untitled spec script written by CARS and BOLT scribe Dan Fogelman in a deal reportedly worth just under $2 million against $2.5 million. Nice work if you can get it, right?

The deal, brokered by WME and Industry Entertainment, is remarkable not only for the high price tag, but also because it was the pinnacle of an unexpected flurry of spec pick-ups that happened in December -- a time when traditionally the spec market is arctic cold. Apparently Warners couldn't resist a script written specifically for Carell that plays on his strengths. After the mediocre box office returns of Carell's last couple of movies, Carell was reportedly looking for just such a vehicle as this one. The film is expected to shoot this year while Carell is on hiatus from "The Office." The story is supposedly similar tonally to "Love, Actually," and concerns a father dealing with a marital crisis and his life falling apart, while trying to forge a better relationship with his children.

Carell's next film is "Date Night," which premieres in US theaters in April.
Posted by Admin at 1:10 PM