We're very excited to note that Patrick Tobin's CAKE, which was a Top Ten winner in our Writers on the Storm screenplay competition last year, has premiered at Toronto International Film Festival.

The indie stars Jennifer Aniston in her grittiest role yet -- as a woman with chronic pain issues trying to get her life back on track. The all-star cast includes William H. Macy, Felicity Huffman and Sam Worthington. Check out what The Hollywood Reporter has to say about it right here.

CAKE was directed by Daniel Barnz (Phoebe in Wonderland, Beastly). We'll be keeping an eye on it. Nice going, Patrick!

On a related note, this is a great time for indie cinema, because CI reader Amy Lowe Starbin's movie KELLY + CAL, starring the radiant Juliette Lewis, opened this week at select cinemas across the US.

Lewis plays a former punk rocker turned suburban mom who finds an unlikely relationship with a 17-year-old disabled boy played by Jonny Weston. The IFC release is drawing spectacular reviews, such as this one here from a little paper you may have heard of called The New York Times, who said, "The performances of Ms. Lewis and Mr. Weston crackle with authenticity. Like a good punk-rock song, this bracingly honest, tough-minded vignette stays true to itself."

And Entertainment Weekly gave it a "A." 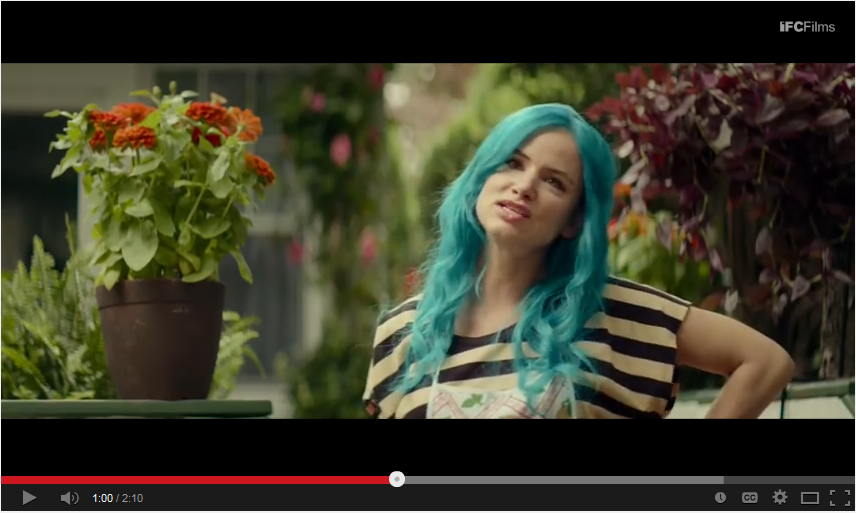 Here's a current list of screenings, so check it out if you can and support great indie cinema. You rock, Amy!

Writers on the Storm is on hiatus for the time being. In the meantime, we are focusing on our Get Repped Now! promotions, which will be quarterly. The next Coverage Ink's Get Repped Now! begins October 13, 2014.
Posted by Admin at 5:36 PM No comments:

Coverage Ink discovered Barker as part of their recent Get Repped Now! promo. All scripts evaluated during the promo period that received a consider were guaranteed to be read by Benderspink's Wagner (features) or Chris Mills from Magnet Management (TV).

Barker's script was one of five considers submitted to Wagner and Mills. His "Nottingham + Hood," a medieval Midnight Run that thrusts together the Sheriff of Nottingham and a certain emerald-clad archer, grabbed Wagner's attention. After meeting with Barker, Wagner informed Coverage Ink that they were now working together.

"He wants to send out 'Nottingham + Hood'," says Barker, "and will work with me on (my new) sci-fi thriller script. I think we have very similar tastes. Talked about our favorite movies... had a great time!" 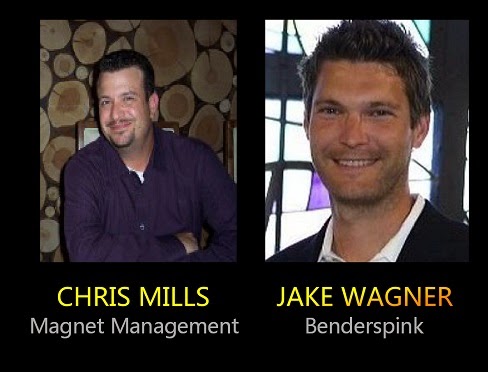 "Get Repped Now!" went better than I ever could have hoped," says Coverage Ink founder Jim Cirile. "We accomplished exactly what we set out to do -- nurture a lot of up and comers and bash down a door or two. Getting Brandon into Benderspink is fantastic, but even more importantly, hopefully we've empowered a lot of writers to take their craft to the next level via detailed script coverage."

The other considers received during the promo period were BAND OF ANGELS by Katherine Craddock, EVERMOON by Michael Cravotta, HEREDITARY (pilot) by Craig Berger, and PAN KRATOS by Demosthenes Daskaleas.

Coverage Ink is bringing back Get Repped Now! October 13th through November 9, 2014, and Cirile says the plan is to hopefully add at least one additional top literary manager to the list. "I hope everyone is hard at work polishing those scripts, because the cream rises, as Brandon Barker's great script shows." 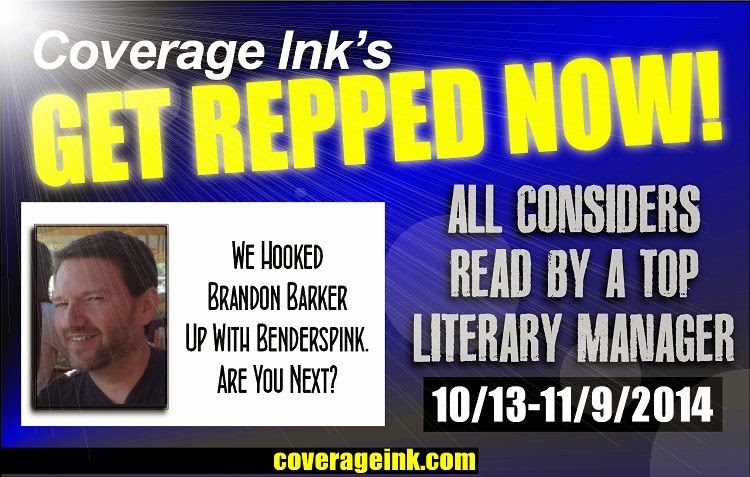