Welcome to the New Coverage Ink! 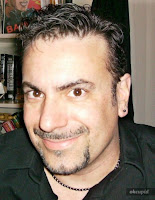 Hope you guys are digging our new web site. Hat's off to web designer Lena Elkhatib for the layout and working through my (many!) changes and picayune tweaks, but I think the end result is worth it. I really love the new color scheme, and the fact that things are so much more organized than they were before. If you haven't seen the site yet, check it out right HERE.

Brand-new for the site are some videos, basically just me yakking into the camera. I answer the age-old "How Do I Get an Agent?" question in rather in-depth fashion, as well as how I personally deal with coverage -- with no small amount of kicking and denial! Check out the Resources page and click on videos to watch 'em. I'll be adding more to the site, so if any of you have any questions you think would be good topics for a video, e-mail me at info@coverageink.com.

If you guys haven't checked out my Agent's Hot Sheet column for Creative Screenwriting magazine this month, please do so. It's a double-length piece called "How to REALLY Break In To TV." I'm really proud of this article. A lot of research went into it, and more importantly, there's stuff in there that I had never heard before -- really crucial intelligence from top TV agents and managers about how the paradigm has changed, as well as three success stories from guys who broke in to TV their own way (and how you can pilfer their tactics.) Speccing out episodes of your favorite show is no longer the way to go. So before you waste six months on that "Desperate Housewives" spec, do yourself a favor and pick up the latest CS (the one with "Kick-Ass!" on the cover.)

Coming up next -- a 1-2 punch of articles in Script magazine -- "The Top Ten Unproduced Spec Sales -- What the Hell Happened?" -- as well as "WGA Arbitration -- the Good, the Bad and the Ugly." And next issue in CS we bring you yet another crucial piece about the state of the spec marketplace (not good) and what it means for screenwriters. That's a lot of journalism, but we do it just for you ;)

Feedback on the new site? Want to bitch and holler about the biz or anything in general? E-mail info@coverageink.com.

Jim Cirile
Coverage Ink
The Industry Experts
Posted by Admin at 9:26 AM No comments: 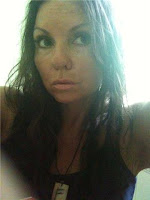 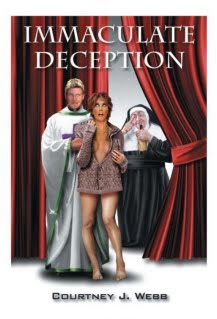 We must be nuts! The CS Open--now relocated to the icy cold vastness of cyberspace--back again? Wasn't the last time punishment enough? Why, yes it was! But that's not stopping us. Yea, though verily we battled most mightily through thousands of scenes not even a year ago, we are gearing up to do the very same thing again. When? Oh, how about... NOW?

You got it -- the CS Open writing tournament is back for year 9, once again judged by yours truly and our team of expert industry readers. Big prizes are once again on tap, as well as much excitement and challenge for participants as you guys attempt to impress the hell out of us with your best interpretation of our diabolically convoluted scene prompts! The premise goes live April 16th, and you will have an entire WEEKEND this time to write something truly splendiferous. no excuses this time, folks!

And yes, we've learned our lessons from last time, and hopefully (!) have solved some of the technical issues and foul-ups from the first online go-round last year (recall, previously the CS Open had been a live in-person, not online, event at the Screenwriting Expo.) But the best part is, this time out, we are VIDEOTAPING the 3 top scenes and will be posting them online for EVERYONE to judge! Forget tallying up a couple hundred votes on paper ballots from our audience members--this time out, everyone gets to vote (note: Diebold/Premier Election Systems will have no part of the vote counting, thereby assuring you that who you vote for will actually be who you vote for.)