1) On the Button
2) Shorties
3) My Bandwagon Seems To Have a Flat (The Descendants review)
4) Steve Kaire: More Test Your Screenwriting IQ
5) Ten Things Your Agent Will Never Tell You 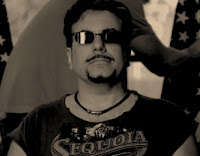 Here's something that's crucially important in screenwriting that hardly anyone ever talks about: the BUTTON. No, not the thing on your pants that is getting harder and harder to fasten (okay, maybe that's just me.) I mean the punchline, if we're talking comedy, or the line with punch if we're talking anything else. In short, it's the unexpected comeuppance, the fiery bon mot, the sublime retort, the fist to the face you want to end your scene on -- punchy and memorable and exquisite.

Why are buttons so important? Well, lots of "duh" reasons, like, always end on a high note, as well as wanting the reader to be so excited about what they've just read that they launch vigorously into the next scene. A solid button makes you want to keep reading; a lame one makes you go, Hmm, I wonder what's on HSN? And of course you want something that makes you shine as a writer, something that punctuates or encapsulates the point of the scene and puts a dainty little bow on it.

Good reasons all, of course. But the main reason why buttons rock, to me, are because they embody and define great movies. When we think of the movies we love, we often think of the buttons--the best lines said at the best possible times. Buttons are part of the reason why we become screenwriters in the first place. We want to create those iconic moments. And thus it is odd to me that so many screenplays have flaccid scene ends, or don't have buttons at all. Button up, folks!

Take your stinking paws off me, you damn dirty ape! (Planet of the Apes)
I don't like to lose. (Star Trek II)
Snap out of it! (Cher to a smitten Nic Cage, Moonstruck)
We're gonna need a bigger boat. (Jaws)
No, Mr. Bond, I expect you to die. (Goldfinger)
I know. (Han to Leia, Empire Strikes Back, after she tells him she loves him)

And perhaps the greatest movie button ever written:

I'll have what she's having. (If you don't know where that's from, there's no hope for you.)

So if you're unfamiliar with buttons, here's how to implement them. When you get to the end of a scene you've been working on, read back over the scene and edit it mercilessly. One thing many of us do is "overshoot the button," which means we keep blathering on even after the point of the scene has been made and the logical place to end the scene has passed. So scan your scene for a natural end point. This might be a crushing piece of news or a great comeback or just a crazy-smart piece of dialogue you're proud of. And then simply end your scene there. All that other stuff after it? You probably don't need it.

Then do the exact same thing with the other 50 or so scenes in your screenplay.

If you're a comedy writer, the button is where you prove your mettle. Every one of those darn scenes is going to need that rock 'em sock 'em line to go out on. This can be a real hair-puller, let me tell you. Monty Python often ended their sketches early, rather than have a proper punchline; thus the crazy animated links became their own nonsequitor buttons in a way.  One useful trick is to make your button a new development or something no one saw coming. It's been said that jaded movie execs want a surprise on every page. So the surest way to keep people turning pages is to end on something that teases them forward -- a trick every novelist worth his or her salt employs.

And now a confession: I'm trying to think of a great button for this little piece, and I'm coming up with diddley squat! Something no one sees coming... hmm... okay, how about this?

So what's going on? Jeez, everything! How about Coverage Ink Films' LIBERATOR trailer debuting on USAToday.com? How about Writers on the Storm returning? How about a new book coming from yours truly? How about Coverage Ink Films announcing preproduction on our first feature? And a wee little SALE to light a fire under everyone's butts as we roll into contest season? Plus watch as we demolish the script for the overrated "The Descendants." All this and more in SHORTIES below. And don't miss my "Ten Things Your Agent Will Never Tell You" article!


Continue on to Shorties
Posted by Admin at 1:06 AM

timely piece. I'm working on that right now with the project Im on now. Thanks for the reminder.

All of these suggestions are wonderful and helpful, but there are so many places to get help and each one will tell you something different. One has you format one way, another will say that's wrong. One will tell you "this is the way to get someone's attention", the next one will say that is incorrect. How do you get someone in the business to get passed the one logline that truly catches their interest on that day, at that time?

Cher's line from Moonstruck is actually: "Snap out of it!"

OMG you are correct! Total brain fart there. I fixed the line to Snap out of it! Thanks.

As for Media Observer, I think you mean "past" and the answer is -- there is no answer. You just keep practicing and refining and learning and rewriting and running stuff past people until finally hopefully someone responds. You may wish to work with a consultant to help hone and finesse your loglines and sop forth. CI offers phone consultations for $45/hr.

And all the time I had that wrong. It is really: Snap out of it!
20 lashes with a wet noodle

When does the cyberspace-open start this year??
Is Creative Screenwriting publishing again? I miss that journal......

Sadly, the Cyberspace IOpen is on hold indefinitely.

Sadly, the Cyberspace IOpen is on hold indefinitely.