Revenge Is a Dish Best Served... in France 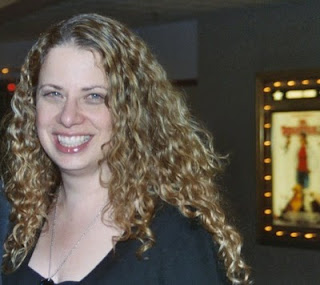 Screenwriter/director Diane Lisa Johnson got the shaft. We freely admit it. See, Diane wrote the top-scoring Round 2 scene in this year’s CSCS Open. Yet she’s not in the final three. WTF? Blame it on the way we calculate scores. Diane’s round 2 score of 97 got her into the top ten (actually top 13 because of ties.) But that scene was only read by one judge. To come up with the final 3, all seven of our judges read and scored the top 13 scenes, then we averaged the results. It was those scores that were used to determine the top 3, and Diane missed the top 3 by -- get this -- 1/10th of a point. Of course, we feel like utter crap about that.

The good news is Diane’s explosive talent is already propelling her into orbit. Her charming, quirky and hilarious short “Swimming,” which she wrote and directed, has been cleaning up at the festivals. And Diane just wrote to tell us today that “Swimming” has just been picked up by French TV Channel MCE (Ma Chaîne Etudiante).

“Let's put it this way,” says Johnson, “(the licensing fee) won't pay my rent, but I believe I could buy a house with it -- if we were playing Monopoly! Ha.” Yes, but it’s big exposure and just more evidence that things are going to go, er, swimmingly for this talented young lady. "Inspired by the success of the short film, I have been writing and developing a feature based on the short. The feature is a greatly expanded story and I have been working with an unusual story structure as a way to craft a romantic-comedy that feels surprising and is not just the same old fare." Sounds good to us! Check out the award-winning film right here at http://www.swimmingmovie.com.
Posted by Admin at 8:37 PM