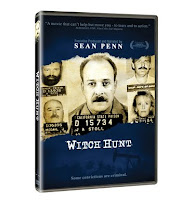 Imagine this. You’re raising a family in a pleasant suburban community in California. In the middle of the night, cops burst in, arrest you and your spouse, take your kids away -- then terrorize and psychologically manipulate your offspring into testifying against you on child molestation charges. Testimony and evidence that would lead to your exoneration is deliberately shutdown by a DA hellbent on wiping the floor with you. In short, you are being shanghaied on a one-way ticket to a life sentence in prison. And you’ve done nothing wrong.

WITCH HUNT is a jaw-dropping, award-winning new documentary executive produced and narrated by Oscar winner Sean Penn. It chronicles the nearly two dozen victims of this outrageous travesty of justice in 1980s Bakersfield, CA. Parents, friends, coworkers, community members -- all arrested as being part of a purported ‘child molestation ring.’ Families were destroyed, lives ruined, dozens imprisoned... for decades. All were eventually exonerated... but the people who pulled off this atrocity are still in power.

Co-directed by Dana Nachman and Don Hardy, WITCH HUNT is available on DVD at the film's web site. We caught up with Nachman to find out more about the film --and ask how the hell this could happen in the United States of America with, over 20 years later, no one held accountable.

Coverage, Ink (CI): Great to meet you, Dana. How did you and Don become aware of what was going on in Bakersfield?

Dana Nachman: (DN): Don and I were journalists for the San Francisco NBC station (KRON) and had done numerous stories on the Innocence Project here in Northern California. All of those stories were done after the people were found not guilty. I called them and asked if they could let us know when they were starting to work on a case so that we could see it unravel. They said that they were in the middle of a good case at that time. That was John Stoll's case. He is the main character in our movie.

CI: Were you skeptical at first that Stoll, Scott Kniffen and Jeff Modahl, among many others, really could be innocent? I mean, we all have to have *some* faith in our system.

DN: Don and I drove down to Bakersfield for part of John's trial. The ride home got a little tense at times. There was about 5 hours of driving, and we debated for a couple hours, exactly because of what you're talking about here. We all do want to believe that the system works. But by the time we got home we were both convinced that the system failed John big time... we were sure he was innocent. By the time we met the Kniffens, Jeff Modahl and the Pitts, they had all been exonerated. It's no easy feat to get exonerated... many innocent people cannot meet the massive burden of proof that's necessary... so in that sense we do have faith in our system.

CI: Tell us how you decided to mount a documentary based on this subject matter... and how did you raise the money to make it?

DN: When Stoll got out (after 20 years in a CA prison), he moved to our area and we became friends. Over beers one night, he told us that his case was just one of many. We had no idea. We did a little research and found out everything of what he was saying was true! So, we started making calls, and practically everyone we called said they would do an interview with us.

Don and I did 95% of the work on the movie while we had our day jobs - so we didn't need to bring in a salary. Anything else we needed during production we just asked our friends, and they were happy to help. The particulars like travel and tape... we put all that on our credit cards.

When it came time for post-production, we needed some cash. We were sponsored by the Film Arts Foundation, so we were able to raise money. We mostly raised money from friends (I know we have good friends!) family and people who support the Northern California Innocence Project.

CI: How did you get Sean Penn involved?

DN: Sean, Don and I have a mutual friend who was kind enough to tell him about the project. For about 2 years Jack - our friend - would tell Sean little things about us and the film. He would pass along a letter when the time was right and different cuts along the way. There were times that we
had a new cut and we knew he had an old one and we would just cringe knowing that Sean Penn had our crappy first 20 minutes! Luckily, he never watched any of those cuts. After a while, we started losing hope, but Jack would say, keep the faith... he's going to do it... We vowed that if he ever said yes that we would call our production company... KTF Films. (And they did.) So there you have it.

CI: After seeing the film, there’s no doubt the people involved were railroaded. The prime suspect appears to be Kern County District Attorney Ed Jagels, who may well have deliberately framed innocent men to serve his own political ambitions. But you have to wonder, how could this be pulled off in the USA? There would have to be a bunch of people involved to make this work, to coerce the kids' testimony, etc. 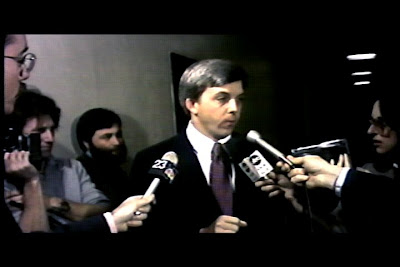 DN: Yes, I called up a few times and got no reply, then I started to call once a week... it was on my to-do list every Monday morning... it was kind of fun... still, months went by and we got no answer. Then, on one Sunday night I was sitting at home. My cell phone rings, and there's a 661 number. I pick it up, and it's Jagels’ press person – the only thing I can think of is that he thought he was calling a work number and that I wouldn't pick up on a Sunday night! He said that no, they would not participate due to pending litigation -- they always say that. But John Stoll is suing the county for $50 million, so I can assume that's what they were referring to.

CI: How long did it take to make the film? And how did you guys stay centered while spending all that time investigating such a criminal miscarriage of justice?

DN: We started working on John's case in January 2004, that was for NBC. We started the documentary in December 2004 and it premiered at Toronto (International Film Festival) September, 2008.

I think the more cut and dry and shocking the story is, the easier it is to stay focused... oh, and I had two kids in that time... so focus was out the window anyway!

CI: How did you guys go about marketing the film? Getting MSNBC Films on board must have been a real moment of elation.

DN: There were four huge moments of elation during the making of this film... and many hundreds of joyous moments (and I can't lie, a few dozen moments of complete depression, frustration and hopelessness.) But let’s stick with the four moments of elation:

When Eddie Vedder called me to say that he would be happy for us to use his song -- gratis!!!

When Molly called from the Toronto International Film Festival to say that they were (going to schedule) “Witch Hunt”;

When our agent called to say that MSNBC bought the movie!!!

The purchase of the film was all because of our agent Josh Braun from Submarine Entertainment. We were very privileged to be able to work with him. We hired the awesome David Magdael who did our PR. What an incredible team!

CI: The film's been getting great reviews from top newspapers and has gotten a lot of top-tier festival play, including AFI and Toronto. What's next for the film? Any chance of a theatrical release?

DN: We are self distributing the DVD (witchhuntmovie.com) and are finishing up with one more film festival here in the Bay Area. We're hoping to get the movie into the hands of colleges so people studying this kind of stuff can be better educated then the people who caused this travesty of justice. We're not going to do a theatrical run. We were thinking about doing an Oscar-qualifying run, but we just couldn't justify spending the money. Instead we're shooting our next movie with the money we would have spent.

CI: Is Jagels *really* still in office? Has this film brought about any sort of inquiry or new publicity into these cases? DAs are elected positions... seems to me everyone in Kern County should get a copy of WITCH HUNT...

DN: Yes, he is still in office. We all went down to Bakersfield and showed the movie to an incredibly supportive crowd. The movie would be great material for anyone running against the status quo in that town... unfortunately, that candidate does not exist.

CI: So what is the next movie?

DN: It’s called "Love Hate Love." It's about three families from around the globe who have been affected by terrorism. Each family has come through the trauma vowing to make the world a better place, showing that the terrorists don't win. Actually, Don's in Uganda right now shooting! We shot in India and Australia earlier this year.

CI: Thanks so much, Dana, for fighting the good fight. And remember, folks, fascism begins at home (ugh.) 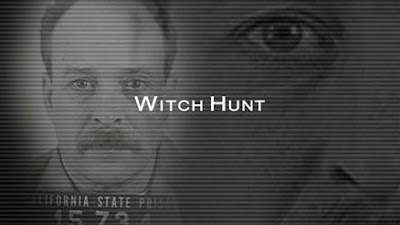