Know When to Fold ‘Em
Comes a time in every writer’s career when throwing in the towel seems like the move. But sometimes hanging in there just a little longer can make all the difference in the world. Just ask Jeff Maguire.
By Jim Cirile

We’ve all been there. You spend months, years maybe, on a piece of material, and it fails to get any traction... just like the last one. And the one before that. Every rejection like another pound on a weight belt dragging the writer down. And it’s not just writers struggling to break in—happens to established writers, too. Even after you land your first deal, the struggle doesn’t end there, folks. I chatted with our panelists--and a special guest star--about how writers handle the vicissitudes of the business and when or if you should call it a day.
The ‘80s were tough for Jeff Maguire (The Gridiron Gang.) While he’d found some early success with Victory (“the Stallone soccer movie which I was completely rewritten on,” he says) and landed a few small sales and rewrites, he was still working odd jobs and plunging further and further into credit card debt. As the legend goes, after 12 years in the trenches, he was about ready to pull the plug. He and his wife were discussing moving back to New Hampshire. Then, on the very day the DWP was going to disconnect his power for nonpayment, a bidding war broke out over his spec In the Line of Fire, and the rest, as they say, is history. 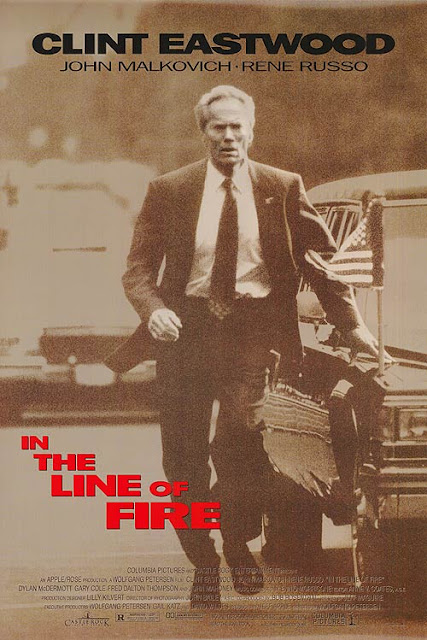 “That’s all pretty true,” laughs Maguire, who recalls he was finally starting to get some real interest when the '88 strike hit. “One of the companies that had wanted to hire me was out of business, and another company decided not to develop (my idea.) I ran up credit card debt, and I’d taken out strike loans from the Guild, and that’s what I was burdened with from ’88 through ’91.” Enter producer Jeff Apple (The Recruit,) who had an idea about a Secret Service agent who lost Kennedy and wants to redeem himself. “He thought if I did a good job with it, he could get it set up.” In September of ’91, Apple brought the script to CAA. “They tried to attach their stars--Robert Redford, Michael Douglas I think was there,” recalls Maguire. “And it kind of wallowed for about six months. (Meanwhile my wife and I) were going deeper and deeper in debt. By March of ’92, I was on a first-name basis with the guys from the credit card companies. They’d be calling, ‘Hey, it’s Mike over at NorWest Capital. Did you ever hear from Robert Redford?’ They knew all the details, because I was telling them, hey, if this sells, I’ll be able to pay you guys, no problem.”
Then a friend slipped In the Line of Fire to UTA agent and cofounder Jeremy Zimmer. “CAA actually got angry,” Maguire says, “because they said, ‘Hey, we were trying to sell this!’ But they wouldn’t return my calls.” Zimmer wisely decided to forgo attachments and simply send out the spec. “We got the first real offer on April 1st, and then it sold I think on April 3rd. The ironic thing was, CAA had sent it to Ron Howard (Imagine.) Imagine was looking desperately for a vehicle for Tom Cruise. They sat us down and said, instead of going with the character the way he is now, (what about) making him a younger agent? And I said, but then you’d lose the whole Kennedy backstory.” Maguire then had to break the news to his wife he’d turned down a $150,000 deal. “She said she’d rather live in a shack,” he laughs. (Note to Jeff: sounds like a keeper.) Maguire also feared Zimmer would be angry. “He said, ‘A 28-year-old actor? That’s a great idea,’ and I thought, oh, crap.,” recalls Maguire. “And then he said, ‘Better yet, how about we make it an 8-year-old agent? We’ll get Macaulay Culkin to play the role. Those assholes.’ And it was the following Wednesday that we got the first concrete bid.” The day In the Line of Fire sold, Maguire’s wife had to sell a blouse he’d given her as a birthday present so they’d have the cash to go out and celebrate.
“Those are those Cinderella stories that you really love,” says UTA agent Julien Thuan. “I have a client who had a very similar story. He had been knocking on the door for years and years, and no one answered. And then one day he wrote a script that really resonated with people in a way the other scripts had not, and it radically changed his life from being somebody who had really struggled to someone very desirable with the ability to make a living as a writer.” It took Thuan’s client a decade. “I think you should always give yourself ten years,” agrees manager Jake Wagner. “Those stories in the trades always sound like an overnight sensation, but when you dig deep, it’s always someone who has been laboring away for years and years.”
Maguire’s has become iconic, inspirational, something we writers remind ourselves of when the going gets tough. But keeping in mind the odds, and your own skill level, are important too. “If you’re a writer and you’ve sent out queries and never heard anything back,” says Wagner, “or if you have a sample that friends in the industry have slipped to people, and you never heard anything back, and this is not only with your first script, but your second and third and on and on, that speaks for itself. Trust me, people in the industry find the good material. If you’ve been at it for a while and still not a single meeting, I would start to think twice.”
Maguire notes that after he did finally break in, at every meeting, execs would say to him, “Where have you been all this time? How come we’ve never heard of you?” Maguire’s response to them should make us all think: "I wasn’t that good." Thuan marvels at Maguire’s humility. “All writers improve if they really work on their craft. The voice remains intact, but they hone the craft as they unlock the secrets of screenwriting. I think an aspect of that is true--he improved, and then they paid attention. But sometimes I think it’s luck. As a brand-new writer, if you don’t know anybody, you’re lucky to get people to read your material. Each step of the way you improve your chances. Once you find good representation, or once you build a good network, you minimize the luck factor. But at the beginning, a lot of luck’s involved.” Wagner agrees, “Every script you write, you’re going to get better. As a writer trying to get noticed, I would suggest write something, try to get it out there. If you don’t get any bites, move on to the next one. Always be writing something new. The writers that are stuck on that one script that still nobody has noticed, that’s going to be doom and gloom.”

Still, many of us get burnt out, fed up with the rejection, not to mention lack of income, that goes accompanies the long, harrowing trek to breaking in--which, by the way, continues after you break in, too. “It happens sometimes with very talented people,” notes Thuan. “It’s a tough business. There are very few writers who can write something original and have it sell every single time, or sell a pitch every single time. After a while, that can become a bit draining. They might retire or decide they want to do something else because they get too frustrated with the business.”
Richard Arlook, who recently departed Gersh after 18 years to form production/management company The Arlook Group, says thinks it’s obvious when it makes sense to convince a writer on the edge when they still have some life left in their career, “And it’s pretty obvious when they don’t. The fact is, the older you get, the harder it is. Every year, there’s new, young execs. If you’re somebody who went to film school wanting to be a producer, and you finally get that position where you can hire a writer, you’re generally going to want to work with someone from your generation. That doesn’t mean that the person who’s 50 or 60 or whatever isn’t talented or a great guy, but if you have to make a decision, you’re going with the person you have a relationship with.”
So when you feel like you’re getting nowhere, and you’re ready to throw in the towel on making it as a writer, remember Jeff Maguire. But also recall that Maguire was actually getting at least a little attention before In the Line of Fire. That part of the legend people tend to leave out. “When I meet people who’ve been doing it for 12 years, and they’ve never had anybody say, ‘This is good work,’ I would think, well, maybe you should just take that as a hint. You’re in the wrong line,” Maguire observes.
And also keep in mind there are plenty of other creative outlets for your creativity. “You have to be realistic about what the market wants and doesn’t want,” says Thuan. You can watch movies, see who releases them and know very quickly what they will and won’t make. There are lots of different ways to practice your art form, be it with prose, theater, etc. Perhaps the medium doesn’t work for you. I think people have to be honest with themselves. In a business like the movie business where stakes are high and people make staggering amounts of money, you’re going to have to make compromises. It requires a real understanding of that business. If it doesn’t work, then maybe you can write in another medium.”
Back to CI Dec/Jan Newsletter