I Wanna Be Seared

Hard to believe it was 20 years ago. There I was, fresh out of college, looking for a job, when the opportunity of a lifetime dropped into my lap. I got wind of a small-time film company in New York City that was looking for an office boy. So I hopped on the Metro North train at Crestwood/Eastchester station and trucked on down to the Century Paramount in Times Square, where, on the second floor of that venerable old hotel, Reeltime Distributing Corp. had its offices. There I met Walter Sear, the man who would, 20 years later, change my life.

Amazingly, no one (except the paste-up guy, who was in on the gag and kept his mouth shut) ever read the magazine! And so I wrote whatever the hell I wanted. They finally caught me 8 months in. I was called down to the city for a meeting with the editor in chief, who looked extremely puzzled as he asked me, “Uh… what the hell is stuff???” At long last, they fired my sorry ass. 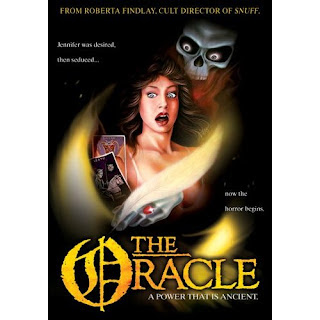 Enter young Jim. At first, I had no idea what to make of these two chain-smoking mavericks. Findlay had a love of Hitchcock and was desirous of being a real filmmaker; Sear was a classically trained musician who helped develop some of the very first analog synthesizers with Robert Moog. And here they were churning out schlock, quite profitably.

As all young assistants do, I started out answering phones, running errands, and learning as much as I could about the business. But as the company ramped up their next under-$100,000-budget horror film, BLOOD SISTERS, my destiny revealed itself. It became clear that Sear was a master low-budget producer. When it came to getting maximum production value on the screen on the cheap, no one could touch him. While no one will ever accuse any Reeltime film of actually being any good, the fact that they were professionally shot and edited on 35mm for less than Michael Bay spends on one day of catering is amazing. Sear was a wheeler-dealer, getting top-notch crew people to work at pennies on the dollar, negotiating locations on a wing and a prayer and knowing when to economize and when to spend a few bucks for an on-screen bang. Sear owned a complete camera and lighting package, too, and would jump right in there and hump equipment along with the crew.

After three years at Reeltime, I’d worked my way up to cowriter and associate producer on their films. All was going well. And then in the late ‘80s, I more or less sank the company.

I had been pushing Reeltime to expand from the shrinking low-budget horror market (foreign sales markets were drying up due to oversaturation of schlocky horror flicks.) My thinking was that Reeltime should rebrand itself as a quirky, cult-moviemoving indie. In order to do that, we made BANNED, a screwball horror comedy (which I wrote), about a young, Milquetoast jazz guitarist who becomes possessed by the spirit of a dead, psychotic Brit punk rock star a la Sid Vicious. It was like ALL OF ME meets REPO MAN. To their credit, Roberta and Walter rolled the dice and made BANNED with their own money. Unfortunately, they couldn’t give it away. The problems were many. While the movie was pretty damn funny, it was also pretty damn crappy on a technical level. And I must take some of the blame, too, as the quirky script, while designed to be “bad-proof” due to its ruthless poking fun at itself, wasn’t all it should have been. And so the cult classic we were all hoping for hit the American Film Market with a tremendous thud. BANNED was the first film Reeltime made that they were unable to find any significant distribution for, foreign or domestic. Reeltime took a pounding.

Seeing the writing on the wall, I knew it was time to get out of Dodge. I’d gone about as far as I could at Reeltime, and one day as I was changing a flat on the George Washington Bridge entrance ramp in a blizzard, I decided that L.A. sounded like a fine place to be.

It was only after being in L.A. the better part of two decades that I really began to appreciate Walter Sear. Being out here as a screenwriter, it’s so far removed from the way we did things at Reeltime. Here, you write a script in a vacuum, send it to your people, hope it sells and that the assignment you’re counting on to make your car payment will actually come through. None of which has anything to do with actually making a movie.

Earlier this year I returned to the streets of New York as a low-budget writer/producer (producing the short film ‘Showdown of the Godz,’ featuring George Takei.) All those years working side by side with Walter Sear came back as if not a day had passed. We were making a movie by any means available. We had barely any money; we were running on fumes, humping heavy equipment up 4 flights of steps in a Harlem tenement and getting people to work for us at pennies on the dollar. It was magnificent.

At long last it became apparent to me just how satisfying it is to be Walter -- to actually get your hands dirty and get a damn movie made just by willing it to be so (and digging into your own pocket to make it happen.) Suddenly, the Reeltime paradigm seems pretty appealing to me – just make the damn movie, then take it to the film markets and sell it. If you build it, they will come. Sounds a lot more appealing right now than writing another new spec and hoping some jaded D-Girl likes it more than the 800 other scripts they got in that day. Now I am flush with grand visions of Coverage, Ink evolving into a Reeltime-like prodco, financing pictures on foreign presales, doing it our way -- and completely bypassing the whole studio system.

If only I can remember not to torpedo the company this time out.

And so, Walter Sear, my hat’s off to you. You were the real deal—an actual filmmaker, unlike so many of us here in Hollywood who are ‘in the business’ and have never even seen a C-stand or a bounce card before. Sure, many of those Reeltime films were lousy, and others were, well, even lousier, but that’s not the point. 20 years later, I can still go to amazon.com and buy BLOOD SISTERS. *That* is the point.