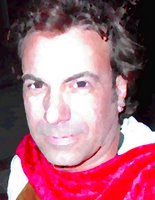 I've seen it many times. You think you should be moving forward with each draft; but oftentimes, you work on the rewrite, send it in to CI, and based on the analysis, you're worse off than you were the first time. It can be a bit discouraging, for sure. We all want to get better coverage when we resubmit, of course. And that happens less than half the time.

It's important to remember several things:

1) It is seldom a steady upward arc of script progression. More often than not, the rewrite will come in at roughly the same box score zone, or sometimes even gets worse. The reasons for this are many. First is that while trying to solve certain problems, writers often inadvertently create new ones. Sure, your spot-fix solution may address note 97B and kick that one to the curb, but... the ripple effect creates three new plot-holes or character consistency problems.

Or perhaps your solution doesn't go far enough to fix the problem--like putting out a three-alarmer with a water balloon. Writers (myself included) ALWAYS try to do the least work possible and are notoriously reluctant to throw away scenes which are not working ,even if reader after reader tells them, "you gotta rethink this." So we patch things with spit and glue rather than doing the invasive surgery that may really be required.

Or it could be that... brace yourself... the writer simply doesn't have the chops yet to actually solve the problem at a level required to elevate the material. This is where education and old-fashioned practice come into play. It's also why we always tell people to watch similar movies and break them down scene by scene, so writers can really start to understand why those film's structures worked, and thus see how their own script's structure differs. Like everything else in life that's worth doing, screenwriting is a craft that must be practiced over and over, studied and really pored over before most of us can start to get it right. Sure there are those wunderkind guys who write their first script, and it's brilliant; they win the Nicholl Fellowship and they become Hollywood's new "it" guy.

There are about 6 of those dudes on the planet. The rest of us have to friggin' work at it. Today my daughter got her 3rd yellow stripe in Kenpo karate. We were told if she works very very hard she can expect to have a black belt in 7 years or so. Why should screenwriting be any different? It's all about the dedication you bring to it. Gotta be willing to fall down, get back up again, and most importantly, rewrite the hell out of your scripts over and over. If you do not have steely resolve, do NOT become a screenwriter.

2) A lot has to do with the individual analyst. For example, many CI clients elect the dual reader option, and I'm always interested to see the results. More often than not, since my team are all smart cookies with degrees in screenwriting and practical industry experience, the notes are very similar from reader to reader. But recently I got two coverage reports back on a script in which the two readers both said pretty much the same things--but one gave it a PASS and low-middling box scores, while the other gave it an enthusiastic CONSIDER with above average box scores. The big difference had less to do with the notes and advice but with the passion the individual readers felt for the script. Succinctly, one dug it; the other not as much, but saw the potential. Now that didn't affect the notes, because both ferreted out the same structural and character problems. And I personally then read that script, and I agreed with BOTH analysts. The guy who really liked it was right, and correctly qualified his comments by saying this is a strong, marketable script that needs work; and girl that didn't like it as much thought the same thing. They just scored it differently.

So bear in mind, a coverage report is just one person's opinion at the end of the day. A knowledgeable opinion for sure, but still, an opinion.

3) There is often a specific central problem in a script--the structural flaw which no amount of patching will overcome. The script is broken, and will stay broken, until that issue is repaired. A writer can do dozens of rewrites, tackling all the other problems in the script, and still get a PASS if that central problem is not addressed. This might be, say, a key implausibility in the story; if you don't buy the whole premise, well, that's a tough nut to crack. Or maybe it's a lack of a through-line or external goal for the protagonist... and on and on.

I recently experienced this exact issue with one of my own scripts. I wrote draft after draft, sent it to my team under a pseudonym as I always do, but I could never get better than a weak consider. This drove me NUTS. Until I finally realized the problem was that nobody cared enough about my main character. Sure, he was well-developed and had a character arc, but no one had an emotional connection to the guy and thus no one really cared to root him on... which meant they didn't care to keep reading. I had no idea what I was doing wrong until one of my readers gave me a real hair-puller of a note I did not want to address. When I finally dug in, I realized what he was really saying. And in fact, I had been avoid addressing this issue, dismissing the other readers who had commented on this, because I thought simply, "they're wrong." Dope!

So I took great pains to go back and make my guy likeable--tough on the outside like before, but very wounded on the inside. And the difference was night and day. I had finally licked that elusive central problem. And suddenly that same script--changed by only a short new scene added in the first act and a few minor dialogue tweaks--went from weak consider to strong consider, because everyone was pulling for the guy.

All of us get discouraged as writers. It comes with the territory. You slave over a draft and hope to God somebody likes it... and then disappointment sets in when you realize, "Crap, I have to do MORE work on this thing? Sigh."

Welcome to the writer's life!

And I thought it was just me. Nice to know I'm not the only one!

My goal is to start out with a strong script and then gradually mold it, draft after draft, until it becomes a wreteched mess. Then Hollywood will pay attention!

Anybody know of any websites where I can find a writing partner or a writing group? Does such a thing exist? I'm in SoCal.

Sandy, C5reative Screenwriting magazine is readying a site which may offer the kind of things you're looking for. It's not ready to launch yet, but it's sort of like MySpace for Creatives. No doubt you'll be hearing about it when it's ready to launch.

Other than that, I know Alameda Writers;' Group has about 500 members--you can probably Google them--and if you get yourself into any local screenwriting classes (UCLA Extension, for example) you will certainly be able to find other writers and existing writing groups. Also don't rule out networking at the upcoming Screenwriting Expo. Good luck!