Yep, it’s hard as heck to break into Hollywood. But it’s even harder for someone with indie sensibilities. Come with us as we investigate how an indie-minded writer can make a living in the film business nowadays.

Wither indies? The answer, sadly, is yes. Indies, as we’ve always understood them, are not only withering, they’re pretty much gone. Over the past ten years, many of the major indie production companies and distributors have shuttered. This leaves fewer and fewer opportunities for writers with a penchant for more provocative, out of the box, non-Hollywood studio system material. The path in is now longer and bumpier than ever -- but opportunities still exist for the savvy indie writer.

To begin, the big indie production companies have largely gone the way of the dodo. In the ‘90s, we had Miramax, Paramount Classics, Fine Line… every major studio had an indie division. But as the studios were swallowed up into corporate media behemoths, these specialty divisions, that maybe only returned a paltry few million in profit each year, were eradicated. The last two standing: Fox Searchlight and Sony Classics. “It was about business, not art,” says Adam Leipzig, former CEO of National Geographic Films (March of the Penguins.) “When specialty division dollars were not (deemed profitable enough,) the studios started to abandon smaller movies and force their larger product onto the screens that were once available for indie films.” At the same time, exhibition chains took over independently owned theatres. Thus the number of screens available for indie movies shrank precipitously. And according to Leipzig, only about 1% of the 3,800-plus features submitted to Sundance this year will get any significant form of distribution, including Netflix. So while there is no shortage of indie filmmakers out there, getting those films seen is another thing entirely.

Because of these factors, most agents and managers don’t want anything to do with indie scripts. At some point, pretty much every rep has invested years of his or her life championing a brilliant little gem they truly believed in, a Sisyphean task with often little or no reward. Few are keen to repeat that experience. “It is the more difficult, if not most difficult path (to break into the business,)” says manager Mike Goldberg from New Wave. He advises that indie writers need to manage expectations “as far as how difficult the path will be as well as how long it will take. Patience is absolutely key.”

Manager Jeff Belkin from Zero Gravity Management tells us about one client, a multi-contest winner, whose period piece drama was so great he couldn’t not represent her. “I said, this is the most amazing writing. I love this script,” Belkin recalls. “I’m a movie popcorn guy. I like summer movies, so for me to get involved in a period biopic -- ridiculous! But if something spectacular crosses my desk, I want to get involved. So the next step was, who the hell do I give it to?” One person he gave it to was producer J. Todd Harris, whose credits range from Dudley Do-Right to The Kids Are Alright. “He and his partner Mark Marcum just flipped over it. It’s been long process of trying to get the financiers, the agencies, the talent, what have you. They’re still very much passionate about the project, and we’re hoping, fingers crossed, that it will happen very soon.” Even so, Belkin has spent three years so far, ever so slowly moving that ball downfield with no end in sight.

Despite that, Goldberg agrees with the battle plan. “You have to (partner with) a very talented, well connected, hardworking producer who (has a hand in) the more independent arena. That producer has the know-how and the contacts and the diligence to help put the pieces together to move your project forward.” He cautions that whether it’s a $30 million dollar project or a $300K project, “it’s going to take the same amount of work, just the people involved are going to get a lot less money. You have to find those producers who do it not to make money, but do it for the love of film and good film, that are willing to roll up their sleeves and put the projects together.”

So how does one’s indie script get the attention of Hollywood? With great difficulty, of course. One good way is by getting validation from an outside source. High-profile contests like the Nicholl Fellowship remain a great way for indie voices to get exposure. “(Actor/writer/director) Tom McCarthy wrote and directed a tiny little indie movie in The Station Agent,” says The Arlook Group’s Richard Arlook, “that he wrote in his trailer while he was making the first Meet the Parents or something, and he made that movie for under half a million dollars. It won the Waldo Salt writing award at Sundance. As a result of that, it sold to Miramax and launched him as a real filmmaker (Win Win.) You don’t hear about it, but he works consistently, and gets compensated very fairly, to fix up studio scripts.”

Indeed, it’s a fairly open secret that some successful indie filmmakers pay the rent as script doctors for studio films. Says Leipzig, “To do that, that screenwriter has to write sample scripts that really show that he or she understands the commercial requirements of the business, so the writer can get an agent and get submitted for (that) work. I think that there is a potential business model for this writer to kind of do one for them, one for me, one for them, one for me.” Arlook adds, “John Sayles probably made more money over the years writing and fixing studio scripts than he ever did as an independent writer.” 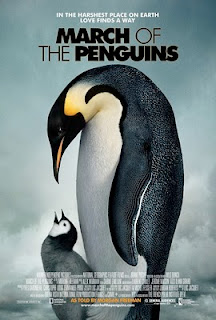 This could be a really splendid solution for indie-minded writers -- the crossover. “There are definitely some writers who can do both independent and commercial films,” says Belkin. “I have some clients that do and some that very much do not. In a perfect world, it’s wonderful to introduce yourself to Hollywood in a more commercial way, because you have more chance of exposure and being read by an agency.” Leipzig feels that screenwriters need to determine if they are writing to try to get movies made that they deeply care about, even if they are not going to be very commercial -- or if they view writing as a business. “Let’s assume this is an (indie-minded) person who still wants to pay the rent by writing. I think that this person now has to think about bifurcating their work. There is not a great business for independent screenplays. Even if the movie gets made, the writer does not get paid that much, so that’s not really (the best way) to make a living. But there is a potential business for a screenwriter with really good character sensibilities to do studio rewrite and assignment work.” To do that, you will need to generate a sample script that really shows that you understand the commercial requirements of the business. “There’s still a lot of assignment work out there,” says Leipzig.

Another way to get the attention of the biz is to DIY. Don’t wait for someone to come along and give you money. Unless it’s a big-budget period piece, chances are you can shoot your script yourself on HD. “Get the money through friends and family, through credit card debt, through loans,” says Goldberg. “It’s been done in the past; it’s done every day. The most important thing is trying to get your film made, and if you can do it by yourself, great. If you can’t, try and find the right people that can do it with you or for you.” And if it comes out good enough, a few festival awards later and you may very well have a calling card.

But if one hasn’t won an award or gotten their film onto the festival circuit, you can still act as your own representative. “When I was a writer, coming out of film school, nobody told me how to find people,” said Belkin, who started out as a writer. “Nobody told me about the Hollywood Creative Directory or IMDBPro. I went through the usual query letter course and all that stuff. But the HCD is great in terms of finding companies, and IMDBPro is invaluable when it comes to finding producers with similar sensibilities (to your own.)”

The path in remains an uphill one to say the least. “To assemble a feature film from idea to execution takes an average of seven and a half years,” says Goldberg. “An independent film may take even longer.” So gird yourself for a long, tough battle, and consider, if you can, bending a little bit towards the commercial side. Above all, hang in there and keep working at your craft. Concludes Arlook, “Every once in a while, (a script comes along) that is just so wonderful that it’s undeniable that the writer has talent. Those scripts get passed around, those scripts get represented, those people get in rooms and book jobs. It’s very few and far between, but it can happen. The bottom line is that if you write something that’s great, doors will eventually open.”