As many of you know, Coverage Ink's second movie THE LIBERATOR is in production right now. LIBERATOR stars Lou Ferrigno as a disgraced, washed-up ex-superhero whose secret black ops past comes back to haunt him as he tries to put his life back together.

We had the pleasure of meeting with Mr. Asner on Memorial Day, and we took the opportunity to shoot some behind the scenes footage with him in his office. Here I ask Ed what brought him to Los Angeles, and his response was pretty wild--it was 50 years to the day that he arrived in town to pursue acting! Click here to watch this cool 2-minute video. 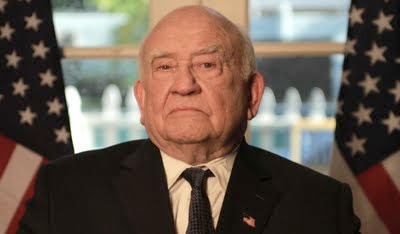