Is Your Spec a Spec? 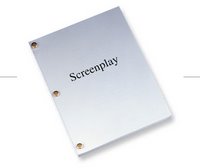 Cast a critical eye on your script with this handy quick reference guide from Coverage, Ink founder Jim Cirile.

So you got yer 128 pages of genius all ready to send to your agent or manager or even that producer’s assistant’s plant guy you met at last year’s Wombat Walloping Festival. Hold, young varlet! Run through this quick checklist of common mistakes BEFORE sending it out.

CAN YOUR DEPTH OF CHARACTER BE MEASURED IN MILLIMETERS?

Great actors will fight to play someone who is complex, richly detailed and interesting. Giving the character back story, family, friends, hobbies, quirks, peccadilloes, idiosyncrasies, etc., goes a long way towards building a multidimensional person that we want to watch a movie about. Does he or she have a dramatic flaw or a goal? What personal problem does this character need to solve? How does he arc or change? What does he learn during the course of the story, and how does it enable him to resolve his internal AND external issues? As Michael Lent incisively observed in a recent column, if your script is under 95 pages, that should be an immediate red flag—what’s likely missing is depth of character, which needs to be established in the form of character-defining scenes in Act 1.

WE’RE ALL CLAIRVOYANT WHERE FORMULAIC SCRIPTS ARE CONCERNED

Whenever you find your story heading in a predictable or cliché direction, do exactly the opposite thing than what the formula dictates. That will keep your writing fresh and give the reader that much-longed-for “surprise on every page.” If a reader can foresee where the plot is obviously going, you can bet her interest will evaporate like a saucer of isopropyl in the Gobi. So throw the reader a few curve balls. Use formula to your advantage. Know that at a certain time, formula will dictate a certain plot beat will happen. Then don’t do it. Do something completely different instead. Nothing makes a jaded reader love a script more than dashing their expectations! But that doesn’t mean they’ll love some contrived, ludicrous plot beat just because it breaks the mold. It still has to be logical--just unexpected.

(checkbox graphic) SHOULD YOUR EXECUTION BE EXECUTED?

Beware WORDINESS. A screenplay is not a novel. An overwritten script is not going to win you any points. Use the FEWEST WORDS POSSIBLE to convey your idea. Comb your script for redundancies in dialogue and scene description, and excise all unnecessary words/sentences/paragraphs/pages. Go through it line by line, asking yourself “Do I need every word in this sentence?” Remember, brevity is the soul of wit. Some good writer wrote that.

Producer Dan Ostroff once said that a poorly written script with a great story is worth a lot more than a well-executed one with a poor idea. But there aren’t too many of those see-the-forest-for-the-trees folks out there. You might be a natural storyteller who can hold a roomful of people captivated, but if you struggle with composing a sentence and don’t understand the concept of subject/verb agreement, you should probably consider finding a writing partner.

Is your script sponge—er, movie-worthy? Is the central idea one that you can see millions of people spending ten bucks to see? The toughest note a reader can give is “Even the best-executed version of this story would likely not interest any producers.” Remember that the studios and even indies are specifically looking for projects that have a strong hook or bring something new to the table. Your straight-forward serial killer thriller isn’t going to interest anyone, because that theme is tired, your script brings nothing new to the genre, and the buyers can always adapt a James Patterson novel if they need a serial killer thriller to fill their slate. Similarly, your fantasy adventure movie with the enormous budget... why would any studio spend $100 million to make your movie when they can adapt a bestseller with its built-in audience? If it takes you six months to think of a unique, high-concept, commercial idea, then take the time. You’ll know when you have The Idea when you pitch the one-liner to someone and his eyes light up.

Get pro-level input on your script from your agent, manager, producer, a script analyst or coverage service. You ARE doing that, aren’t you? All scripts need work. How well the writer is capable of putting aside ego and implementing notes has everything to do their likelihood of being successful. More often than not, the writer will fix only the easiest notes, for example: “the dialogue on page 87 was a bit on the nose,” yet will ignore “our lead vanishes for 36 pages, leaving insignificant secondary characters to pass the time with small talk.” Oftentimes significant changes need to be made. They may require tossing out an entire act, completely rethinking a main character, etc. In short, they may require for you to DO SOME WORK.
Posted by Admin at 10:54 AM

I've got to stop reading stuff about screenwriting, it makes me feel so inadequate...