I'm pleased to announce that I've joined the American Screenwriters Association editorial board. This means I'll be writing new original content for the ASA blog every month (which we will link to here as well.)

As many of you know, I was the agents/managers expert for Script magazine as well as wrote the Agents Hot Sheet column for Creative Screenwriting for a decade. So it's exciting to have a new outlet, since there's a lot going on out there which I feel the need to grouse about -- and I still see screenwriters making the same damn mistakes over and over. Sigh. 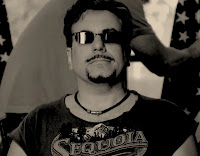 My first article for ASA is called DO YOU LIKE MONEY?, and you can read it right here. It's about the changing shape of the marketplace, the emergence of TV as the new marketplace for emerging writers, and how YOU can get a piece of it. Bounce on over to American Screenwriters Association and check it out. You may also want to consider signing up while you're there!

Talking about Audemars Piguet, they're the actual rolex replica sale associated with Hublot -- that is an additional normal a part of rolex replica uk enthusiast discussion. Honestly, I love each manufacturers a great deal as well as believe these replica watches sale people each provide lots of worth towards the desk. Personally, it's not the Royal-Oak-Offshore-versus-Big-Bang globe, when i believe each item households may reside in fake breitling tranquility. Whenever individuals state "the Large Boom is simply the duplicate from the replica watches Regal Walnut Just offshore situation style. Obviously, both items convey more variations compared to these fake rolex sale people perform commonalities, also it is not such as Audemars Piguet produced the entire situation inside a vacuum cleaner, possibly.