Of all the genres, drama has the most emotional impact on screen. Think about it. Virtually all of the most highly regarded films are dramas. Examine the American Film Institute’s “100 Best Films of All Time” and at least ninety percent of them are in the drama category.

So why are dramas so difficult to pitch? It’s because dramas are execution-driven, not pitch-driven. The scripts have to be read to be fully understood and appreciated. That’s why no High Concept films can be dramas. High Concept films, by definition, are easily pitchable and understood by anyone who hears the logline. High Concept premises are unique and clever. Dramatic material is not. High Concept is also meant for a wide audience while dramas have a more limited appeal.

Take the movie “Kramer Vs. Kramer.” The pitch would be: a divorcing couple battles for the custody of their son. There’s nothing special about that pitch. It’s all in the execution on the screen.

Going further, there are dramas that are virtually impossible to pitch. Take “Pulp Fiction” for example, although this one obviously has elements of crime thriller also. The logline would be something like, two philosophical hit men are out on a job. It’s obvious that the pitch is vague and unsatisfying. It’s not possible to grasp the depth of that story without actually reading the screenplay or seeing the movie. All these reasons make dramas a difficult sell. 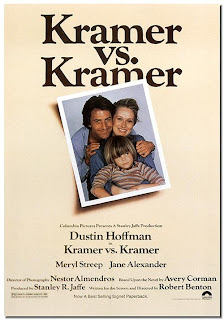 This is not to dissuade you from writing one if you're so inclined, but rather to just make you aware of the marketing difficulties. Movies are commodities, and the people who bankroll them want commodities that are shiny and captivating and cool. That's why High Concepts have the best shot at a sale in Hollywood -- they are easy to grasp as well as to visualize the marketing campaign. They don't need expensive talent attachments (although many are packaged anyway) because the concept itself is enough to interest people. None of this is true of drama, which often will require an A-list attachment -- an actor looking for awards -- to have any chance of getting anywhere.

Is any of this fair? Of course not, but that's simply the way it is. This is why the best avenue for the dramatic writer at this time may be TV as opposed to features. If you're a dramatic writer serious about a career in features, reconsider investing months writing a dramatic spec that few in the industry want to read, and instead put that considerable talent to use finding a High Concept. Those dramatic chops will come through in the writing process. And once you're established, more opportunities to do dramatic material may materialize. Good luck!

Steve Kaire is a Screenwriter/Pitchman who’s sold 8 projects to the major studios without representation. His top-rated CD, “High Concept--How to Create, Pitch and Sell to Hollywood” is available on his website along with original articles and national screenwriting contests. HighConceptScreenwriting.com

Back to Newsletter
Posted by Admin at 3:33 AM